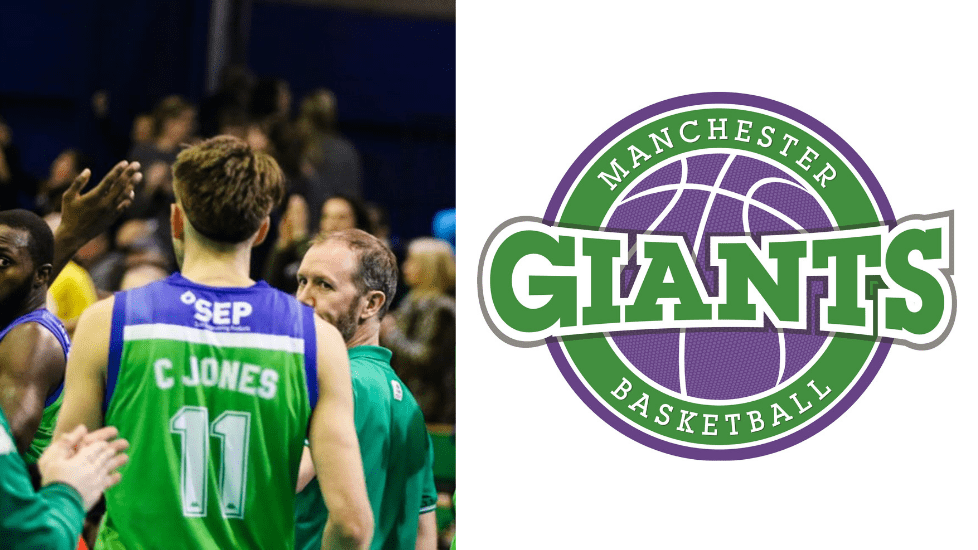 Following last year’s sponsorship partnership with local sports and community basketball club, Manchester Giants, we are proud to confirm that a deal has now been agreed for next season.

The advertising exposure and support deal continues to include court-side branding at the Giants’ home venue, kit sponsorship (with our logo taking pride of place on the top rear of home and away vests) as well as web links on the Giants website and social media mentions.

Rob summarises, “The Giants 2018-19 season went better than could have been expected initially, for a club with limited funding – they reached two knockout semi-finals (eliminating last year’s winners in both competitions) and, although narrowly missing out on a place in the post-season playoff competition, won more games than the previous two seasons combined. Coach Byrne was disappointed in the finishing strait, where there were some struggles with injuries to some key players, but the fan base is behind him 100% after an exciting year. Many club, and some British Basketball League, records were broken by the team playing for each other and also individually – mainly by Willie Clayton from Thomasville, Georgia.

“Like SEP, Manchester Giants have big ideas – they have now moved into a new venue which, over the next season or two, the local authority will vacate and the club will then be able to develop fit for purpose. We both continue to focus on innovation, development and keeping our customers/fans happy with what we have to offer!”

The Giants’ CEO, John Dwan (who is also personally involved in a number of sports-based charities such as StreetGames UK and Sport4Life), said: “I am delighted that Sale Engineering Products have continued the partnership with Manchester Giants for the forthcoming BBL season. After our best season on the basketball court since the club was reformed [in 2012] we are looking to further move the club’s performance forward on the basketball court and supporting this with our growing business networks.”

A limited number of home game tickets are included in our deal, so any interested customers should contact us by email to request a place on the guest list from September onwards.